GeoSIM - The Key to global tracking 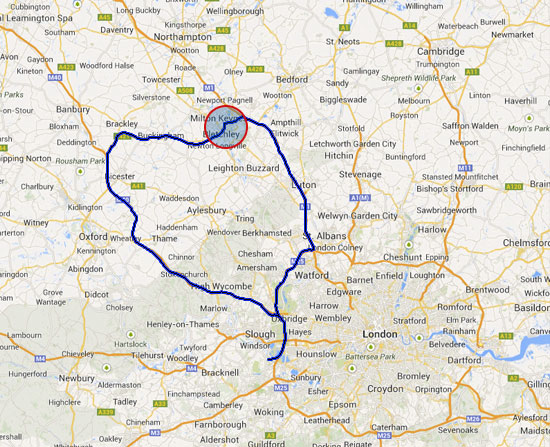 GPS tracking devices are "Ten a penny" and there are numerous companies offering global tracking services using various types of tracking devices. However, they have one fundamental flaw..... and that is that they typically use a GPRS or 3G data connection or SMS to send the positions to the customer or their mapping portal.

They are not truly "global" as they usually use a local SIM card to connect to the local mobile phone network. This is fine, but as soon at the so called "global" tracking device leaves its "home country" it is then in a Data Roaming scenario, which means tracking becomes very expensive and can suffer from limited network coverage.

A global SIM card such as GeoSIM could be used, and many of our customers use GeoSIMs in their GPS trackers utilising the traditional GPRS data connection available in many countries....but there is a much cheaper, reliable, faster slicker solution!

GeoSIMs M2M service can transmit GPS position data (or any other position data) directly from the tracker to your server.....without any roaming charges, without any delay, from any of 200 countries on over 550 networks.... very cheaply.

In a roaming situation, GPRS data connections can be "unstable", slow and difficult to connect to. SMS are often delayed or do not reach the recipient at all!

Checkout our example of realtime Yacht tracking in the Ionian, Greece and realtime tracking example

GeoSIM understands the unreliability of SMS and the inherent issues setting up a data session when roaming. GeoSIMs M2M service simply bypasses them.

In fact, we ran a test in the 2013 London Marathon to compare the reliability and robustness of SMS, GPRS and GeoSIMs M2M system. We programmed a GPS tracker to send a position of the runner every 60 seconds for the duration of the run.

By comparison, GeoSIMs M2M tracking system out performed SMS and GPRS hands down. Every position sent by the tracker was received within a few seconds of it being transmitted.

This test also proved that GeoSIM's M2M GPS tracking system remained reliable in a very congested mobile network situation...all those runners and spectators heavily loaded the mobile networks during the race causing GPRS data connections to drop or not even start, and to delay SMS. GeoSIM just kept on working!

Take a look here to see some results from our test tracker. We throw it in the car glove box and put it in poor reception locations and places just to see if we can stop it working. Its reliability continues to impress and surprise us!

GeoSIMs M2M service is probably the solution for your Global Tracking needs.

GeoSIMs M2M service is not only for tracking.

Any remote sensor or control device could utilise the service. Applications such as remote worker location and safety monitoring. Remote sensors such as tide gauges, current meters, fluid and fuel storage tank low or high level alarms. Entry and exit alerts on doors and gates, pet or animal tracking, the list of M2M applications is endless, diverse and varied across all industries and businesses.

For example, a sailing club monitors the level of their lake for environmental matters and flood warnings. If you need to get data from a remote device or application, GeoSIM M2M has the means to deliver it to you.

We are here to help with your M2M requirements

Why not contact us with your specific requirements and we'll be happy to discuss your ideas and explore possible solutions for your application.